Some of you may have already seen in the post-credits of today’s video that we had to say goodbye to Lulu at the end of last week.

I don’t want to get into the details of what happened. It was scary and heartbreaking and SO hard. It was an awful situation and a really, really difficult experience. Josh and I are completely heartbroken.

It feels like she’s been with us for forever – like, i don’t remember what it was like living in this house before we got Lulu. But, we’re exactly one month shy of our one-year anniversary with her. I wish we’d had years more with her.

Here’s a bunch of photos and videos from my phone. This was one of the first photos I took of her.

This photo is the only one we have of the three of us that isn’t a crappy selfie, haha. Thanks, Jordan. 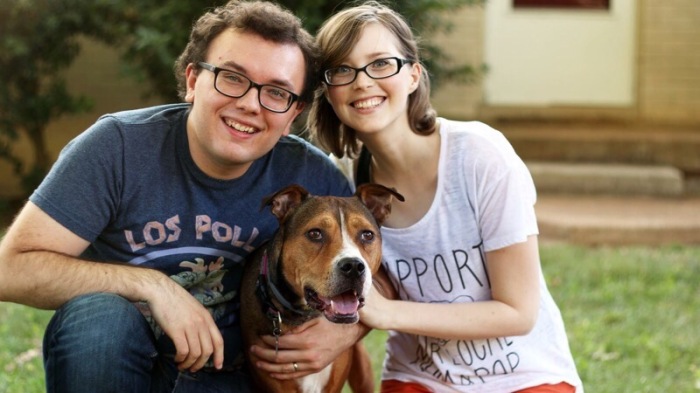 This video of her playing in the snow is my all-time favorite of her. She was a lot of fun!

It’s so quiet in the house without her. I catch myself wanting to check on her throughout the day – where is she, does she need to go outside, etc. Josh and I have both cried so much since Thursday. We are not sleep-cuddlers, but we fell asleep crying together one night.

She was such an adorable dog:

This year, she started doing this thing where she would stand or lay down in front of our full-length mirror and just stare at herself. It cracked us up! 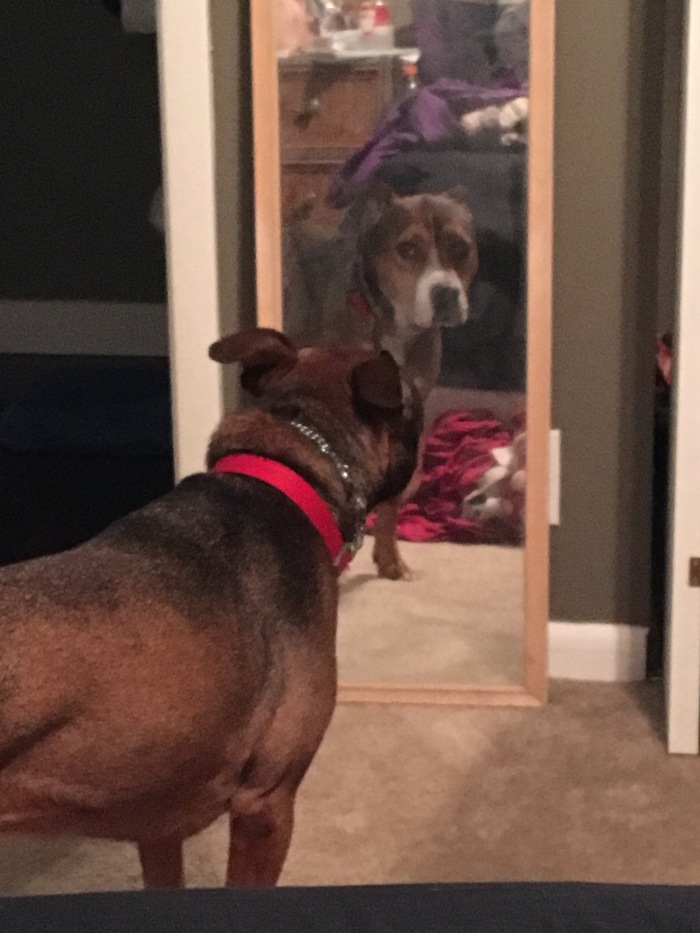 I love this picture. Back when she was allowed to snuggle.

This little head tilt was the cutest thing:

She was such a smart pup, and she took to obedience training right away. She loved working on tricks.. but when she was done, she was done. She was a good girl but she could also be SO STUBBORN. The hardest part for us was learning to be more stubborn than her. 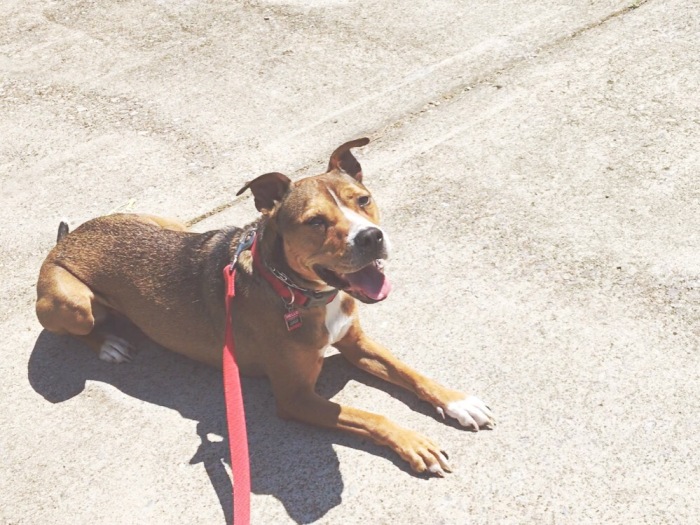 I LOVE this next picture. She was definitely Josh’s girl.

She loved hanging out on the front stoop. Surveying her kingdom.

Man, I’m going to miss walks with Lulu. I NEVER liked going for walks before I got into the groove with her. She made me less anxious. 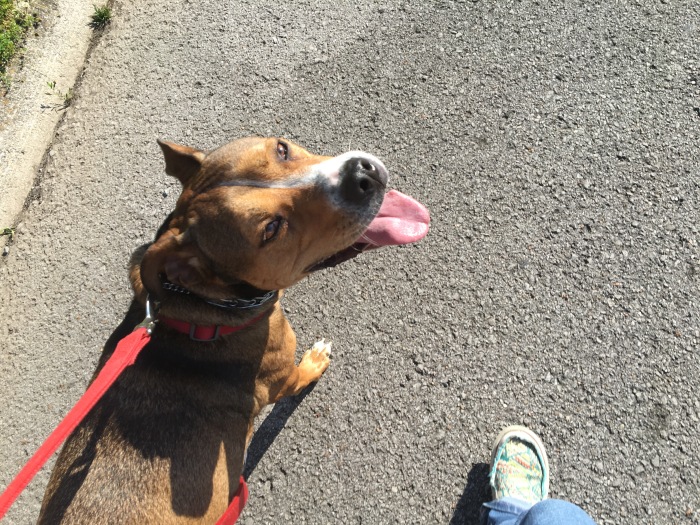 I love this one. It looks like a painting.

Lulu always got nervous around other animals, and would often whine when she’d hear other dogs barking in the neighborhood. It became an inside joke that she resented the existence of other dogs.. she wanted to be the only dog in the world!

These pictures where she’s sitting in my lap and cuddling make me really sad. I haven’t been able to be that close with her for months. But snuggling with Lulu used to be so much fun. 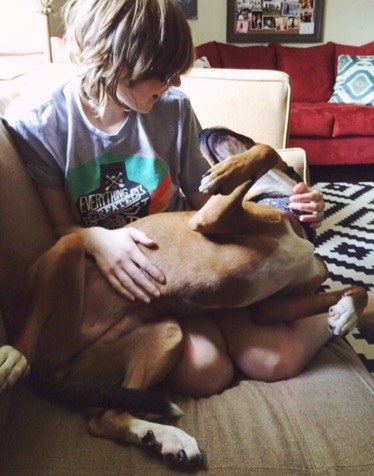 It is going to take a long time for this overwhelming sadness to become less, um, overwhelming. I don’t think we will ever not be sad about it, though. Even though she had her issues, the majority of the time she was such a sweet girl.

This is one of the last photos we took of her. It’s the sweetest photo I’ve ever gotten of the two of them. I WISH it had been under different circumstances.

I really hope that we gave Lulu a great life and that she enjoyed her time with us. We loved her so much. We miss her.

20 thoughts on “Saying Goodbye to Our Girl Lulu”